52
Pingu in the City (Japanese:ピングー in ザ・シティ) is a Japanese computer-animated television series produced by Mattel Television and Polygon Pictures, based on Pingu. in Japan, It premiered on October 7th 2017 on NHK, and in Australia, It premiered on June 4th 2018 on ABC Kids. It was also screened in the United States at the Animation Block Party in New York on July 26th[1], and was also screened at the Chicago International Television Festival.[2] It also served as the rebooted series for the Pingu television line. While the show did air in the UK on Little Be, it is unknown when the series would air in the US at all.

The show was first screened outside of Japan at the JW Marriot Renior Conference Room in Cannes as part of the MIPJunior 2017 event on October 15th, and is also on sale for North America, China, Middle East and African markets.[3] On October 18th, 2018, Sony Creative Products Inc. signed a distribution deal for Pingu in the City in territories across Europe and Latin America, handling all LatAm countries as well as Spain, Portugal, Italy, Poland, Slovakia, Hungary, Romania, Bulgaria and the Czech Republic.

This series is about Pingu and his family moving from their small village to a big city and trying to help penguins with their jobs.

"Pingu has moved with his family to the big city from a small village. He meets many other penguins doing interesting jobs, from chefs to florists to carpenters. How exciting for the curious little penguin! He tries to give them a hand, but sometimes his mischievousness gets him in trouble. But thanks to his cheerful spirit and wit, he's saved every time."

The development of the series started in 2014, from which the project was planned several times at Polygon Pictures.[4] The production crew "set the rule as not to change the basic image and tone", but using stop motion would mean a bigger budget. They considered making it in 2D, but it would've made it look too different compared to the original, Keisuke Tsuchihasi later came up with the idea of remaking Pingu in 3D using CGI technology and it was "the way they could maintain the quality, touch, feel and movement of the clay animation".

Naomi Iwata went with his children at Kidzania which resulted the concept of Pingu experimenting various occupations in the series and moving into a big city.[5]

"We adults normally don't like work, we feel it's dull to work. But Pingu can change any dull work into a funny and interesting thing to do. So let's set Pingu the challenge to try out lots of different jobs."[6]

A 90 second pilot film was produced in 2016 and production of the series officially began in mid-April 2017 at Dandelion. Software such as Maya, Redshift, Houdini etc was used.[7]

After the second series of the reboot was finished airing, the revival series was cancelled in 2019 by Mattel, and thus a third series was never green lit for production.

Pingu and his new friends! 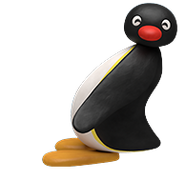 Pingu is just chilling there. 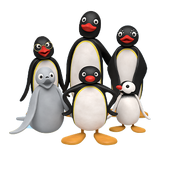 Pingu and his family! 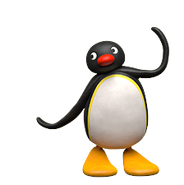 Pingu is doing the pose! 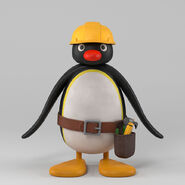 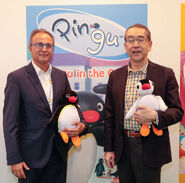 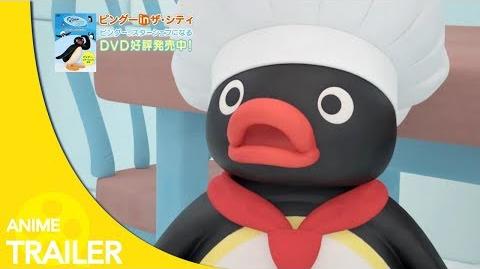 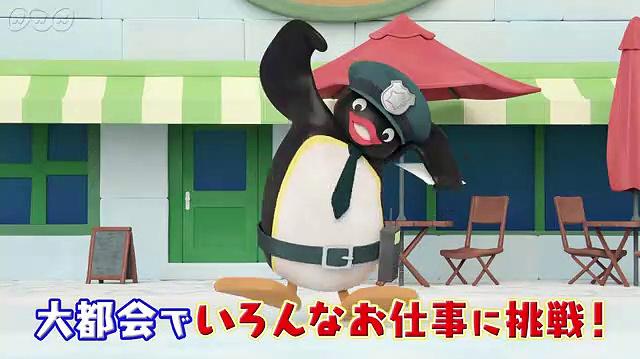