HiT was originally formed as Henson International Television (hit!) in 1983 as a branch of the Jim Henson Company in order to co-ordinate the co-production of Fraggle Rock in London. This subsidiary was sold and retains none of the original Henson company architecture except for the name. It later re-branded itself as "HiT Entertainment".

Hit Entertainment currently owns other shows, like Thomas & Friends, Bob the Builder, Barney & Friends, and others.

On 1 February 2012, it was announced that Mattel purchased HiT Entertainment from Apax Partners for $680 million.

In 2016, the company was disestablished, also, Apax Partners one year later started to make Pingu in the City. 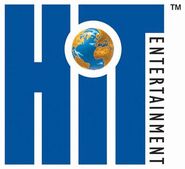 Retrieved from "https://pingu.fandom.com/wiki/HiT_Entertainment?oldid=26993"
Community content is available under CC-BY-SA unless otherwise noted.