The games objectives include finding objects, using those objects to advance in the game or to get new mini games. As the player goes further in the game, new characters will be available to talk with. After playing the mini games in the story mode, they can be played separately in the main menu of the game. The game also introduces a new character, called Popoff. 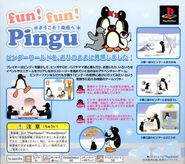 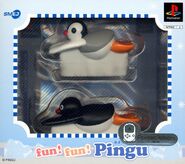 Memory cards for the game 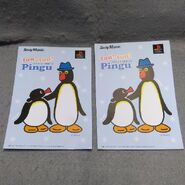 Retrieved from "https://pingu.fandom.com/wiki/Fun!_Fun!_Pingu?oldid=28842"
Community content is available under CC-BY-SA unless otherwise noted.