Banpresto Co., Ltd. (株式会社バンプレスト Kabushiki gaisha Banpuresuto) is a Japanese toy company, and a former game developer and publishing, headquartered in the Shinagawa Seaside West Building in Shinagawa, Tokyo. The current iteration of the company was formed on April 1, 2008, with the focus on the toy consumer business. From 1998 to 2005, they produced a variety of Pingu merch such as plushes and a series of miniature figures called "Pingu Miniature World", which were only sold at UFO catchers. 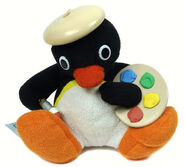 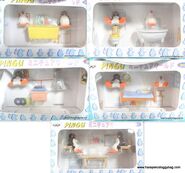 Add a photo to this gallery
Retrieved from "https://pingu.fandom.com/wiki/Banpresto?oldid=22422"
Community content is available under CC-BY-SA unless otherwise noted.